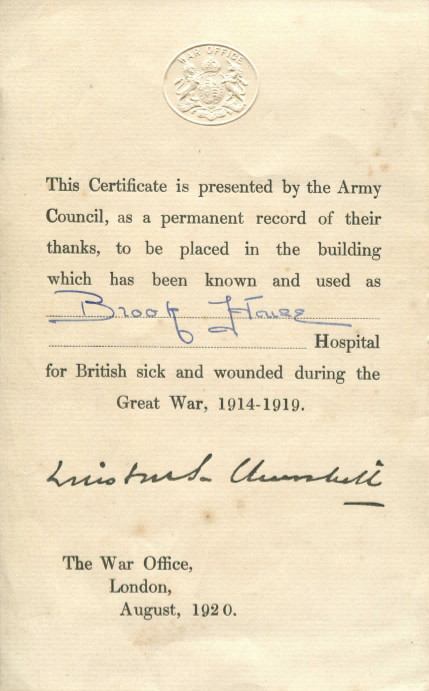 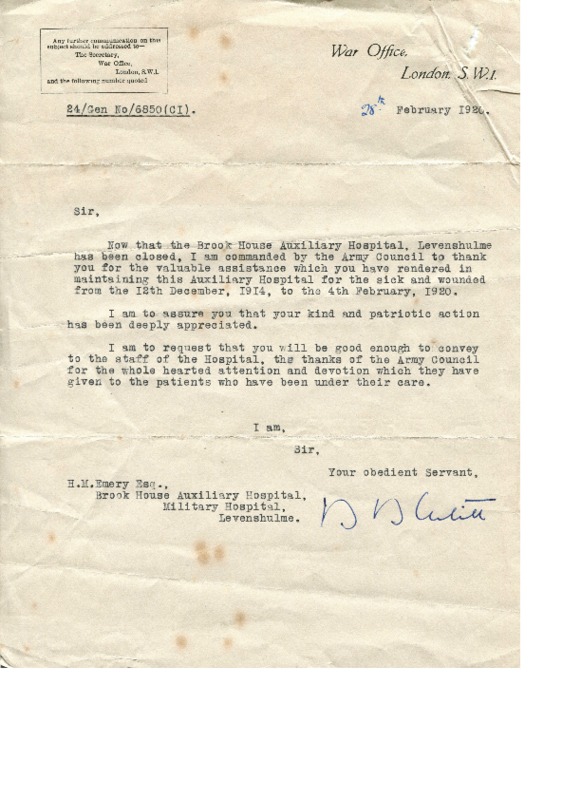 A letter and certificate from the War Office, London, signed by Winston S. Churchill on behalf of the Army Council, thanking H. M. Emery for the 'valuable assistance you have rendered in maintaining this Auxiliary Hospital'. A lease was taken on Brook House by the Duchess of York Hospital in 1928 to house the Out-Patient department.

This Certificate is presented by the Army Council, as a permanent record of their thanks, to be placed in the building been known and used as Brook House Hospital for British sick and wounded during the Great War, 1914-1919.
The War Office,
London,
August, 1920.

Sir,
Now that the Brook House Auxiliary Hospital, Levenshulme has been closed, I am commanded by the Army Council to thank you for the valuable assistance which you have rendered in maintaining this Auxiliary Hospital for the sick and wounded from the 12th December, 1914, to the 4th February, 1920.

I am to assure you that your kind and patriotic action has been deeply appreciated.

I am to request that you will be good enough to convey to the staff of the Hospital, the thanks of the Army Council for the whole hearted attention and devotion which they have given to the patients who have been under their care.

I am.
Sir,
Your obedient Servant,